The sequel is ready: Adventures of a Gem Trader Book Two

Here is a link to download the full story in MP3 for your car or on the go:

I wrote this late last night in a bout of nostalgia last night. Surprised I found time, now, being a single parent, and so on:
Memories in an ever-documented reality.
Africa’s most sensitive Great-Dane and our baby-monkey daring the wildest of all rides.
Remembering their full gallop over warm morning beaches, the monkey sort-of-tenderly steering the puppy by the ears, screaming with joy, until the nearly full-sized dog ditched its rider exhausted between turquoise corals.
Water a monkey does not like, being dunked by a dog even less. Once back on solid ground he’d chatter indignantly while getting in position for another ride. All water forgotten by then.
Endless fun, except for my facial cramps from laughing. Those stupefied looks after a somersault, when re-appearing under a fountain of sand, both stare, unsure of who-is-who, where-is-up or whose teeth chew on which leg.
BUT: No smartphones then.
Today, we’d have a viral video to promote and exploit for my book, yet such memories the brain never deletes, and repeated viewing might have spoiled the whole thing. And yet, I can’t show you in motion; that’s a pity, somehow, perhaps, or not.
Anyways, in 2020 fifty tourists would upload the same video tonight. 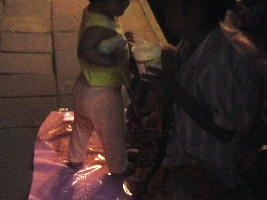 Many soft-shelled Westerners are shocked when first confronted with the seemingly unlimited suffering on the city streets of Asia or Africa. Men without limbs lie on streets holding plastic cups with their lips, pregnant women wail for alms, little children with sad eyes roll in the mud and blind mongoloids play heartbreakingly bad on some ancient instrument. Yes, it is terrible… but look twice before you donate.

I remember a little girl with her two puppies: She slept on the busiest piece of sidewalk in town, right next to the stench and dirt of a roaring six lane road. People might have stepped on her or the dogs at any time. If you love kids and puppies, like most humans, seeing them helpless and without shelter in the filth seems too much to bear.

But, when passing that area more often, you will realize that she sleeps there only on Tuesdays and that the puppies change every month or so. Also, the dogs are strangely calm, not like normal puppies at all.

One Tuesday you will see the girl sneaking out of a taxi a couple of hundred meters up the road. In the car sits an elderly woman with three or four other girls and a lifeless heap of puppies.

They are professionals. The girls and the dogs are being used by a hard-shelled mother (if one may call this a mother). The puppies are probably drugged and die regularly, the girls never get to see a school and learn to sleep in the dirt as a profession.

The worst thing, in a twisted way, is to give them money for their performance.

Better leave a tip with that taxi driver. At least he works for a living.

Then, on the other hand, try not to harden too much and keep an eye out for people truly needing help. They are often the ones who don’t ask. 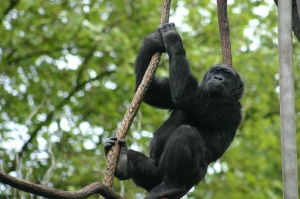 We unexpectedly found 120,000 lowland gorillas in Africa. Great! Wait… really? Is that good news? It is sure good they are there, but that we found them is no good news at all, at least not for the Gorillas.

As far as I know Africa, we will have a hard time protecting them. We, the West, can’t even protect humans in the Congo, how are we going to stop those extra 120,000 from becoming bush meat? All Congo will go: “What the heck? We do have so many, they can hardly count them. Let’s fire up the BBQ.”

As any modern environmentalist can tell you, the only way of rescuing those gorillas is to exploit them. Let InterConti or Marriot build a hotel in the Rainforest for people to see the “The Gorilla City”. Of course they need to be strictly non-invasive and under UN protection. Profitable high-end tourism is the hype. Fly in and out with noise reduced helis only. People are paying millions to see the earth through a spacecraft window.

Less romantic but even more effective: Let us buy them. We pay the Congo $200 for each gorilla kept alive. I take 5 apes straight away. Who is with me? I am sure for $24m you can get a lot in Congo. The WWF is doing the controlling.

That would be good news.